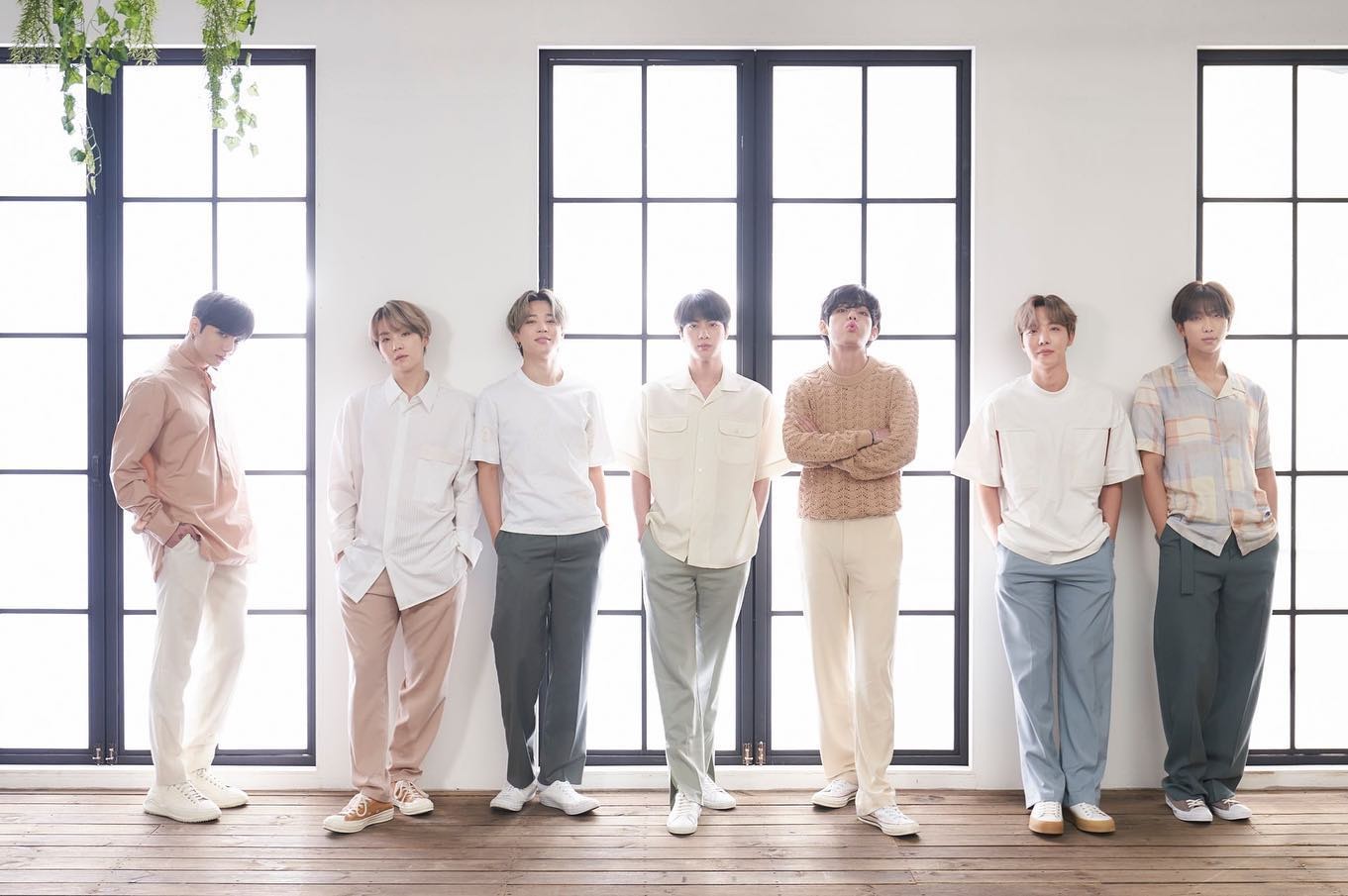 Bangtan Sonyeondan, better known as BTS, is a Korean Boy band who has been coloring their world and the music industry purple with their beautiful melodies, thumping beats and soulful lyrics.

Backed by a powerful and loving fans, widely called ARMY, they are now a band which is on the minds, hearts and playlists of almost everyone under the sky.

But not many people know to their origin story, which is a tale of struggles, severe backlash and their re-emergence from the drawback they faced.

When did BTS debut?

Back in 2013, when k-pop had just earned its recognition through the hit number GANGNAM STYLE by PSY, a small talent agency called Big Hit Entertainment debuted seven talented boys in a band representing the youth, called Bangtan Sonyeondan or The Bulletproof Boyscouts, on June 13.

BTS quickly rose to the k-pop scene with their revolutionary first song called, “No More Dream” which roused the youth to rebel against the most of the society they are forced to obey. The lyrics of “Big Cars, houses and big rings” quickly resonated with the young people of their generation, who questioned the pressure put on them by the school and impending jobs.

BTS through this song resisted the impositions put on them and expressed the will to follow their dreams.

Since then, the band’s discography tackled various subjects such as first loves, heartbreaks, mental health, acceptance and loving oneself. The depth of the lyrics, paired with melodious tunes and beats, made songs which not only helped people cheer up but also made them fall in love with themselves. 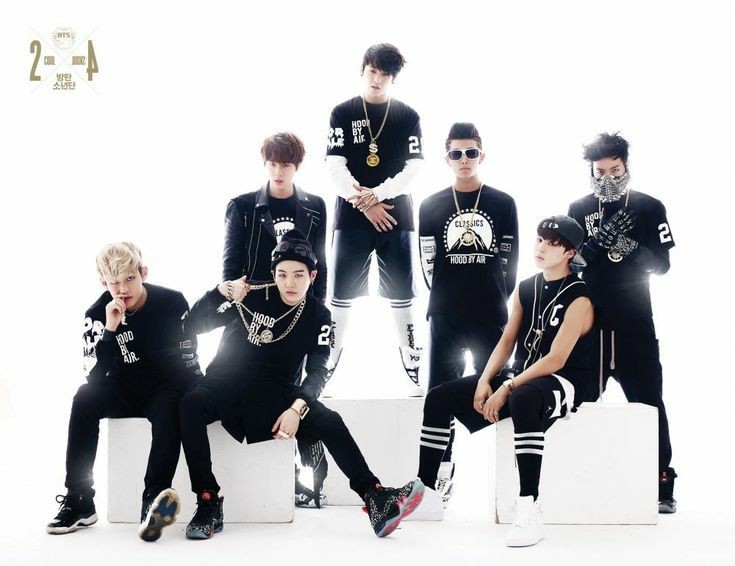 Who are the members of BTS?

The band consists of seven members:

Along with being the leader, RM, whose real name is Kim Namjoon (previously known as Rap Monster) is also the spokesperson of the group as he is the one who is completely fluent in English, which he learned from watching FRIENDS, the popular sitcom.

Contrary to his buff physique, RM is actually a gentle and supportive leader and is fondly called the “Dimple Monster” by their fandom because of his lovely dimples and “God of Destruction” because of his history of breaking things.

His mixtape, “mono” was a glimpse into his life and struggles, the most popular songs being “moonchild” and “everything goes”. 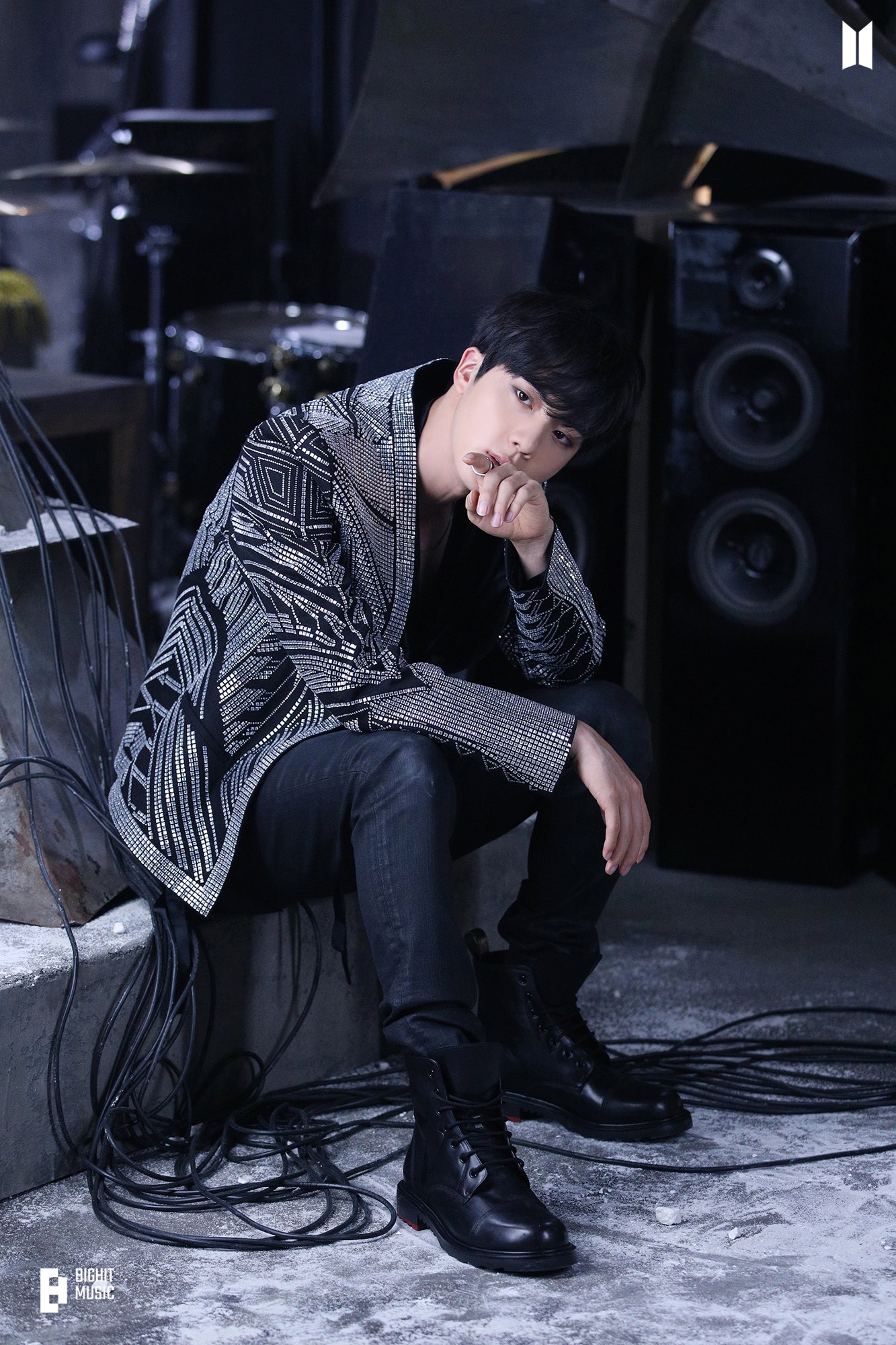 Jim’s real name is Kim Seokjin and is the main visual of the group, because of his almost Greek Godlike looks. He is the oldest of the group, the “Hyung”.

Jin is not only known for his soulful voice but also his brimming confidence and is called “Worldwide Handsome” by the fans. His most popular songs are “Epiphany”, and “Moon”. His latest pet project, “Super Tuna,” a peppy song through which he expressed his love for fishing, unexpectedly burst into popularity, which surprised even Jin himself.

He is always the centre of the funny interactions due to his sense of humour, but is also talented in cooking, thus becoming the “Mom” of the group, as he is always the one feeding the group. He also has a segment called “Eat Jin” where he eats various delicious food and chats with his fans. 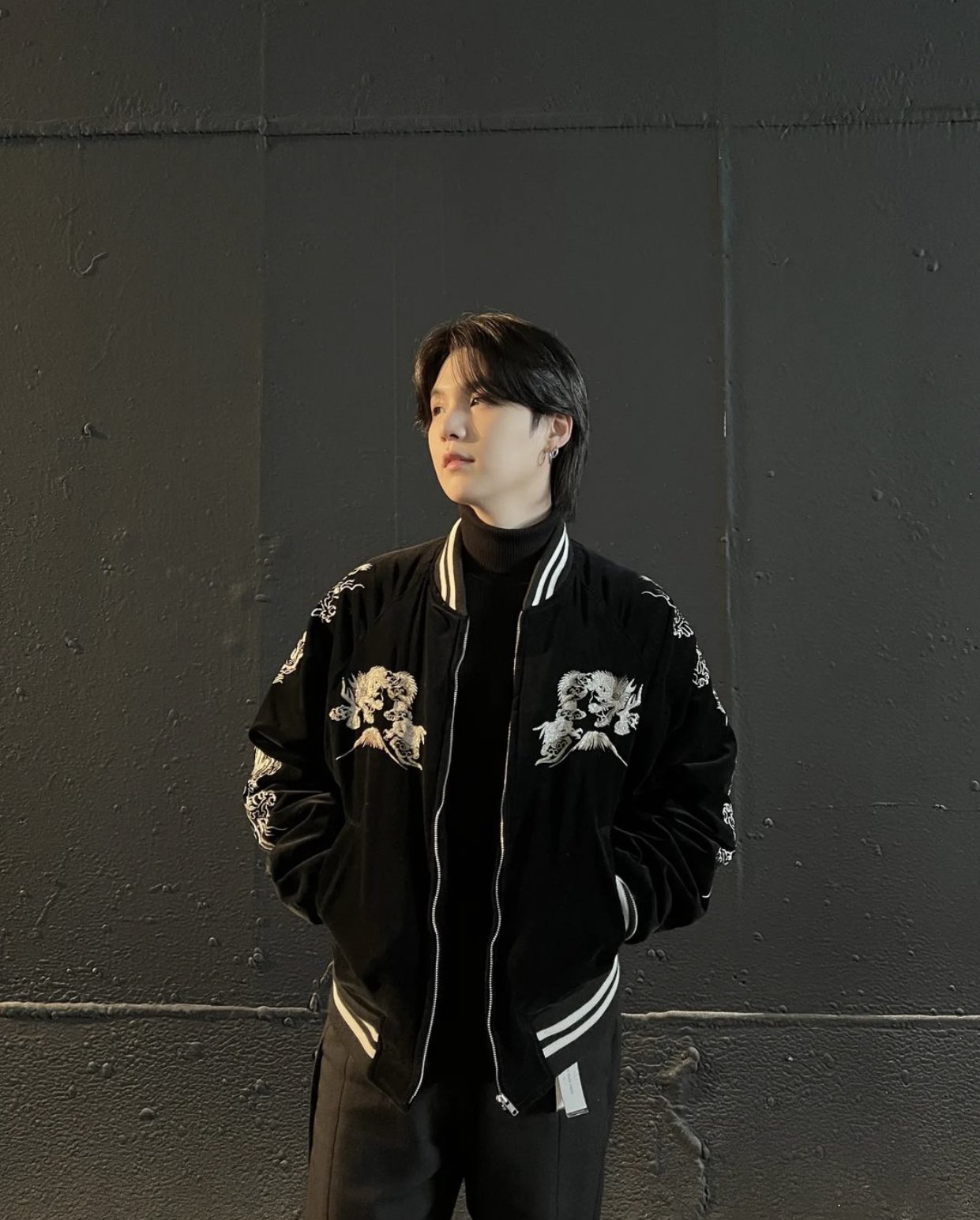 Min Yoongi, better known by his stage name SUGA, is a producer and rapper. He is often shy and quiet, with a calming and gentle personality, and often expresses his love to his group members and friends through gestures and actions.

He also has another name for his solo rapper alias, AGUST D through which he makes his own mixtapes, the most popular songs being his titular song “Agust D” and “Give it to me” from his first mixtape, named after himself and “Daechwita” from his latest mixtape, “D-2”.

Due to his catlike eyes, he is often fondly called “Meow Meow” and “Grandpa” as he is often spotted napping during the band’s free time. 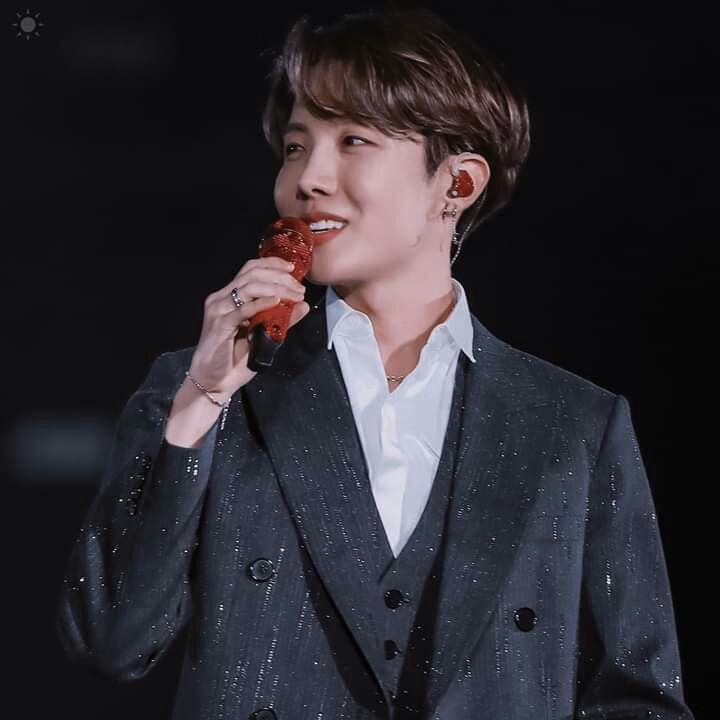 J-Hope or Jung Hoseok is the known not only for his rapping skills but also impeccable dancing expertise. He is often the one who looks over and even choreographs the mesmerizing dance routines BTS is commended on.

Even though he is a strict teacher and a “fire” rapper, he is usually his cheery self, always smiling and laughing, earning his nickname of  ” Sunshine Hobi” and “Dance God” due to his reputation as one of the best dancers in the music industry.

One of his infamous nicknames is the “Sound Effect fairy” as he has the adorable habit of expressing and using sound effects into his normal conversations. 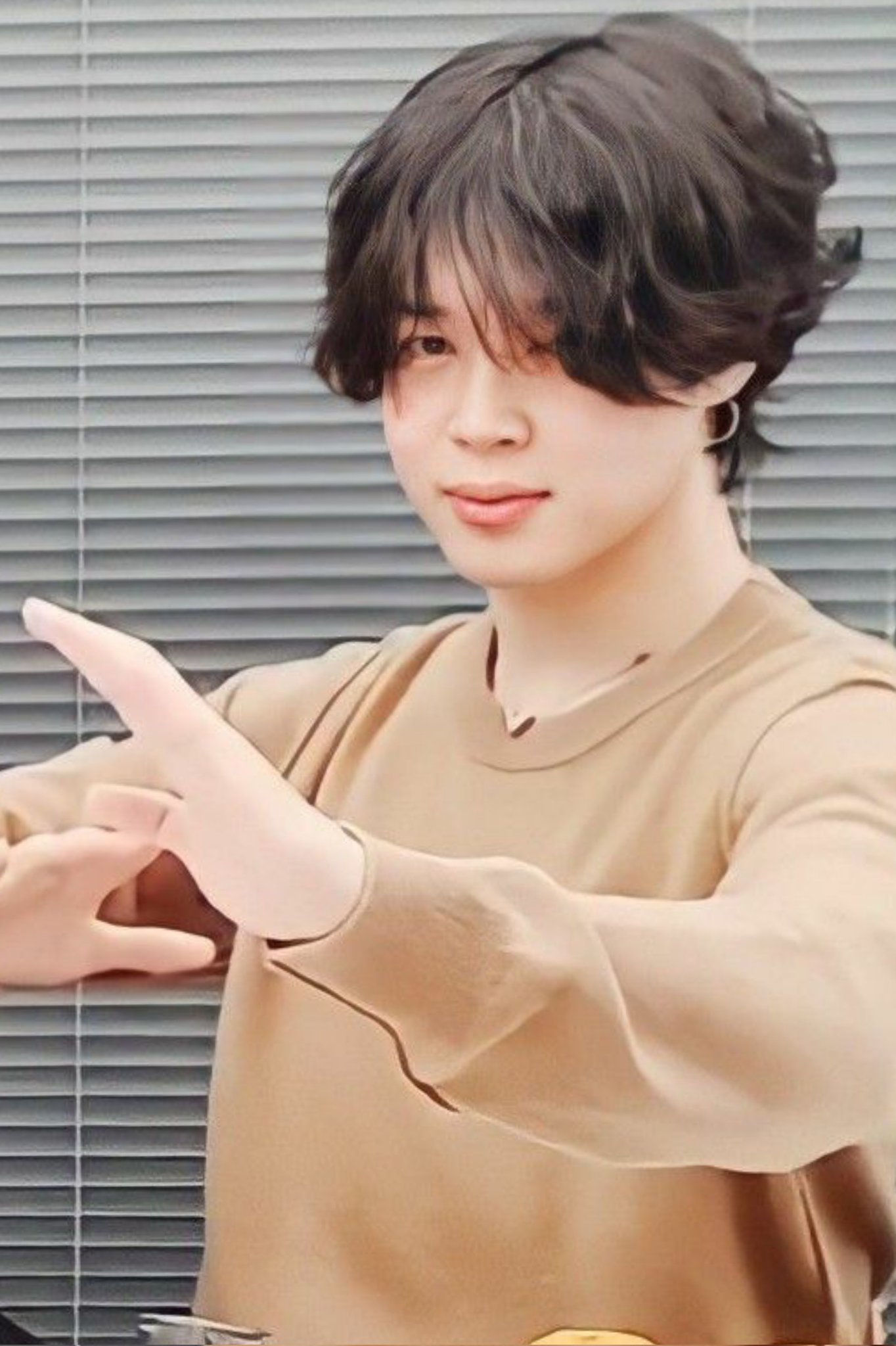 Jimin’s real name is Park Jimin, and he is the member known for his soft and angelic voice. He is also a beautiful dancer, trained in ballet before his debut, and is also skilled in street dance styles. Even though he was a little insecure about his chubby cheeks during his debut days, he has a face which is pretty yet masculine.

He is known for his bubbly and funny personality, but he is also one of the most emotional of all the members. He is nicknamed as the ” Hug Fairy” due to his tendency to comfort his bandmates with hugs and “Mochi” due to his adorable face.

His solos, like “Lie” and “Filter,” are not only auditory but also visual masterpieces as he pairs his heavenly vocals with his sharp yet beautiful dance moves, almost as graceful as an angel. His song “Promise” is described as a ‘comfort song’ as the music and vocals’ soothing nature. 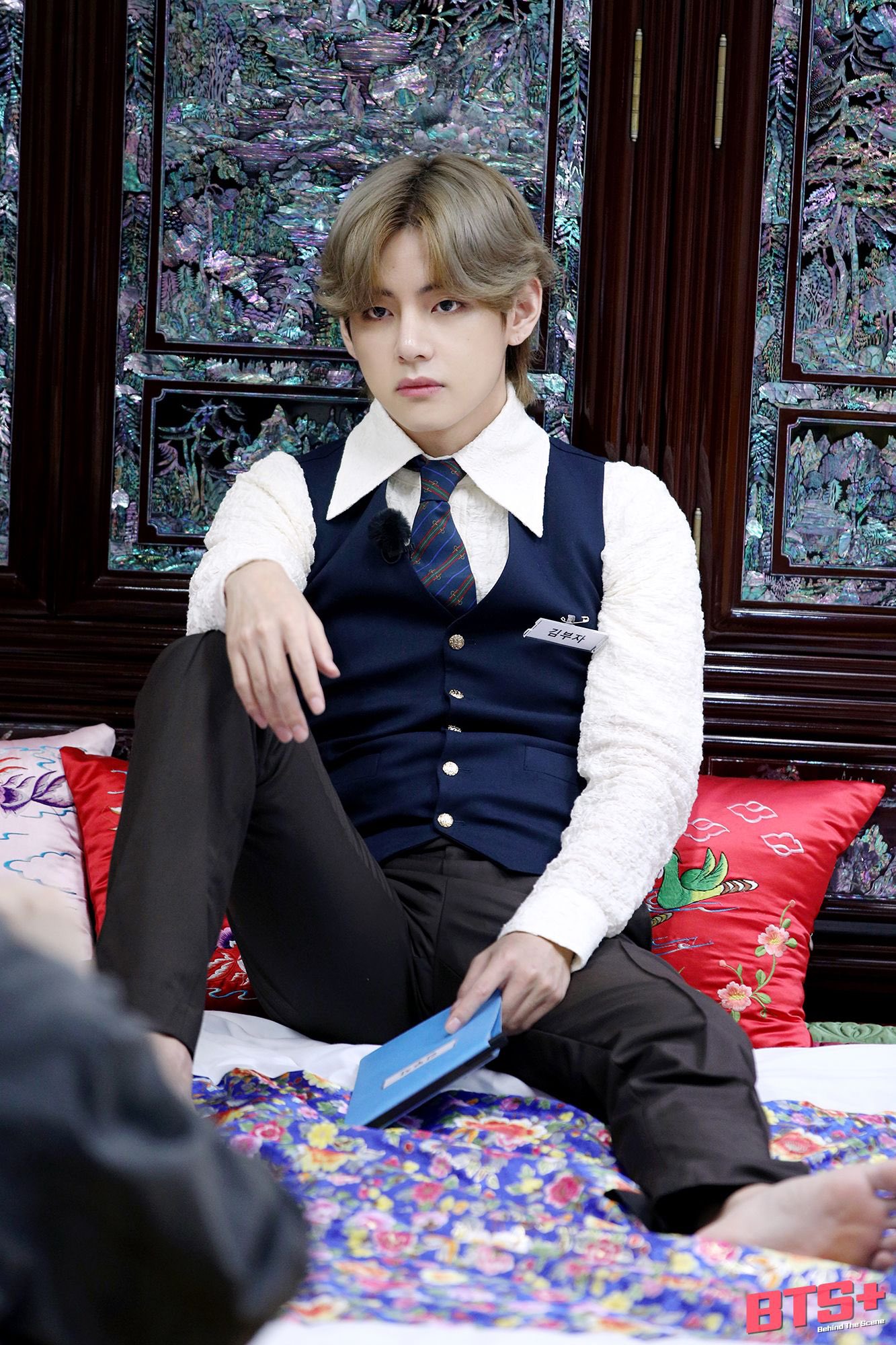 Kim Taehyung, also known by his stage name V, is one of the most popular among all the members. He has won the title of “The Most Handsome Man in the World” for three consecutive years.

Due to his deep voice, he lends a more husky touch to the songs by the band and is also talented rapping. Famous for his duality i.e. from being cute in one second to sultry in another, he is known as “The Visual King”. He is also nicknamed as “Winter Bear” after his song of the same name and is quite popular due to his circle of Korean Actor friends, like Park Seo Joon and Park Hyung Sik.

V is also called the “Tiger” of the group, as he had a stuffed tiger toy in his first video log. He also sang in his friends’ acting projects, which went quite popular like “Sweet Night” and his latest single OST, “Christmas Tree”. Both have broken many records and are considered as the music treasures of OSTs. 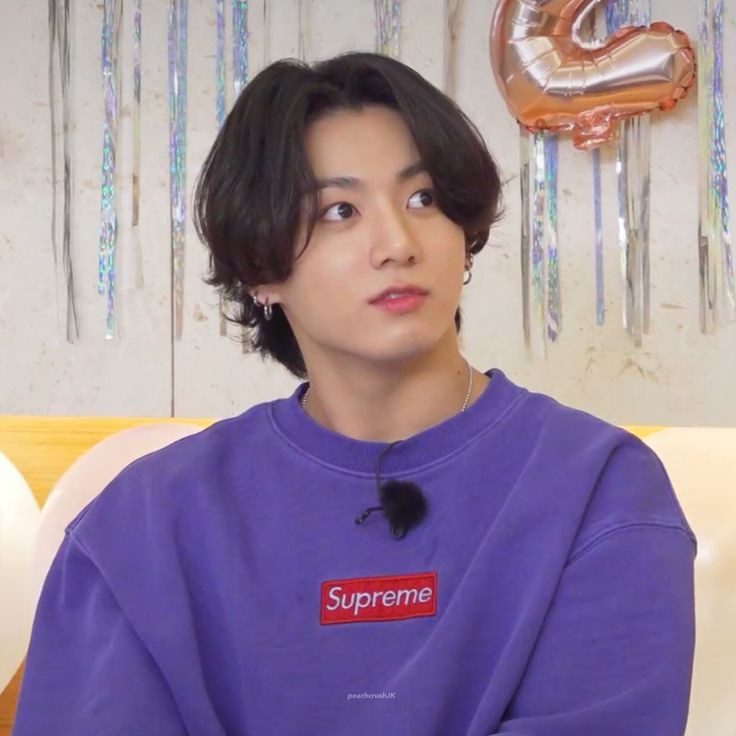 Jungkook’s real name is Jeon Jeongguk, and he is the youngest, the “Maknae” of the group. He is basically an all-rounder, talented in all fields like dancing, vocals, rapping, visuals, modelling and even athletics. Due to this, he has been dubbed as “The Golden Maknae” as he can do anything. His transformation from a young,15-year-old boy to a 24-year-old man has been almost beautiful to witness.

Even though his tattooed arm and various piercing give him a fierce look, he is actually a soft and shy guy who crinkles his cute nose when embarrassed. Due to his adorable teeth, he is also called the BunnyKook due to his resemblance to a rabbit.

What is BTS’ most popular songs?

Already popular and rising in their homeland, South Korea, BTS burst into the American Music industry in 2017, with their song “DNA” and have ruling the Korean and American Music Charts with hits like “IDOL”, “FAKE LOVE”, “Boy With Luv” and “ON”. Their collaborations with famous artists like Halsey, Lauv, Ed Sheeran and the most recent one, Coldplay.

Their most recent single, “Permission To Dance” has been on the Billboard charts, along with two Grammy Nominations for dance hits like ” Dynamite” and “Butter”, the latter earning them their first “Artist of The Year” award in the AMAs.

The idols have recently won the “Artist of the Year” award in the IFPI Global Artist chart for two consecutive years and are currently preparing for a surprise new track and their upcoming ” Permission To Dance” tour in Las Vegas at the MGM Garden Arena, also the venue for the 2022 Grammy Awards, where they have already sold out all the tickets and are keenly awaited by their adoring fans.

Jin joins the South Korean army: Over 30 Kpop artists have enlisted in the military

BTS vocal star Kim Seokjin is enlisted in the South Korean military to serve his mandatory duty. BTS never failed to deliver, and they have…

7 times BTS and ARMY showed us how beautiful their bond is and we just CAN’T. STOP. CRYING!

ARMY is a fandom that spans the whole world. Known for their absolute love and adoration for their BTS, the bond they both share is…

BTS has been making 2022 a year memorable for not only the ARMY but also the music industry worldwide. From conquering the charts with their…

Since we made the last article about BTS dances, it felt as if we missed out on so many more routines that deserved to be…

5 Times BTS has successfully created history at the Grammys

BTS is no stranger to making records, whether it is in Korea or overseas. They have made an impression on the hearts of people, which…

From winning awards to making the title song for FIFA World Cup 2022, BTS is the ace of kings card of the K-pop industry. Since…

One of the most adorable saga of BTS collaborations: Tannies X Coldplay

BTS has a diverse history of wonderful collaborations. From Korean A-listers like Jessi to western artists like The Chainsmokers, Ed Sheeran, and Halsey, they have…

All You Need to Know about BTS’ Military Enlistment

Since its debut in 2013, BTS has been the beacon that draws the world to South Korea. From being the all-rounder idols to beautiful humans,…

10 times BTS’ RM, the World’s Most Handsome Man, dazzled us with his heavenly visuals

Kim Namjoon, better known by his stage name RM, has proved time and again that he is not only a talented idol but also a…